This exciting workshop is focused on the unique yet specific dance style of Bob Fosse.

Students not only learn basic Fosse dance styling and techniques but also work on acting skills and performing with emotion and stage presence. 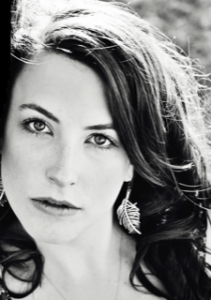 Rising Star Tumbling and Dance Studio’s, AJ Campbell,  serves as the Curriculum and Education Coordinator, National Honors Society for the Dance Arts (NHSDA) Sponsor, Dance Company Director, and an instructor of ballet, jazz, tap, contemporary, hip hop and Broadway Bound. AJ Campbell was born and raised in Casper, Wyoming. She began movement classes at Rising Star at only six-months-old and continued through their dance program until she graduated from Natrona County High School in 2003. She attended Casper College to further her dance education and received an Associate in Dance Performance in 2005. It was at this time that she discovered her love for Musical Theatre and appeared in “Seussical” as Amazing Maizie, “Chicago” as Liz, as well as various roles in “Joseph and the Amazing Technicolor DreamCoat”. She performed in every dance concert the college produced during her time there, and she was also cast in several plays. AJ transferred to Texas Tech University in the fall of 2005 where she appeared in “Crazy for You” as Betsy, “Company” as Kathy, “Oklahoma” as Ado Annie and “A Chorus Line” as Cassie. She also performed in four to five Dance Concerts each year in and around Texas Tech University and Lubbock, Texas. She graduated in 2008 with a Bachelor in Dance, a minor in Music for Voice, and a minor in Communication Studies. After moving back to Casper to teach and choreograph she found a wonderful program to complete her Masters in Dance Education while still teaching in Casper.  In 2016, she received her Masters in Dance Education from the University of Northern Colorado, Greeley. In the spring of 2015 she proudly represented Casper College at the Utah Dance Education Organization High School Dance Festival. AJ has taught taught in many different places in Wyoming as well as classes at the Northwest festival of the American College Dance Association for 2 years. She choreographed throughout undergraduate college and was honored to have her pieces represented at the American College Dance Festival, South Central Region. She has been working in the  Natrona County High School theatre program as the Musical choreographer since 2009 choreographing the following  musicals: SOuth Pacific (2009), Willy Wonka (2012), Little Shop of Horrors (2013), Cinderella (2014), You’re a Good Man Charlie Brown (2015), The Addams Family (2016), Peter and the Starcatcher (2017), Sister Act (2018),  Oklahoma (2019), the 28th Annual Putnam Spelling Bee (2020),  Little Mermaid (2021), Chicago the Musical (2022) as well as privately for many dancers in the Casper area since 2008.. AJ’s classroom and rehearsals are geared toward development of strong technique in dance, excellent performance skills  and fostering her students into honest and positive individuals. She is married to her loving and supportive husband Scott Campbell and they have two beautiful children, Gibson and Elizabeth.

Bookings are closed for this event.